Time and time again women come to me to learn how to stop attracting “fake” men.  What’s a fake man, you ask? Great question! A fake man is someone who only cares about himself and his image.  At his core, he’s deeply insecure and he probably has a hard time communicating. Since he struggles to communicate effectively, you’ll never know quite where you stand with a fake man and you’ll wind up questioning his intentions. The worst part, you’ll start to doubt yourself and your self-esteem will take a hit.

Here are my top 5 tips to help you spot a fake man the next time you're scrolling through profiles online:

There are good men out there and there may even be some exceptions to the rules above. So, it’s time to get out there and start attracting those high-quality men!

If you are ready to TAKE ACTION NOW and learn how to stop attracting fake men so you can start attracting the man of your dreams, then click the link below to schedule a FREE 30-minute Breakthrough call. 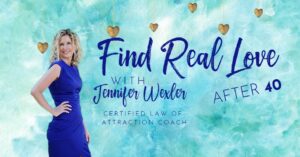